Tunngasugit seeks to support by:

1. Assisting urban Inuit to acclimate to the south by creating opportunities for getting together and networking. 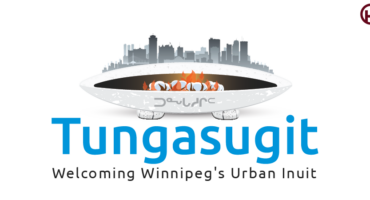 Tunngasugit is committed to promoting and enhancing the quality of life for Inuit within Manitoba through culturally sensitive programs and services. Services are offered in English and Inuktitut.</p> <p>The organization offers a supportive environment that attempts to duplicate the community spirit and culture of the Inuit homelands by exercising traditional Inuit values.

During drop in, people come in. No one speaks English, everyone speaks Inuktitut even though it might be a different dialect.

The organization hosts monthly programs like sewing and ulu making. The teacher does this in the language.

There are people who come who come in who have not had a chance to speak it in a long time. They remember and reconnect to the language during this time. It is an opportunity for them to remember.

There are kids who come in, there are 5 kids under 6 years of age and 6 under the age of 10. These children are regulars and they are starting to ask about language.  The organization has Inuktitut books and we will read to them.

During drop-in days, movies on DVDs are played that are in the language. The drop in numbers are up and down- some days have lot, some have not so much. Different factors impact it like cold or too far.

During the organization, made playlist on YouTube and have monthly events- for holidays, etc. We always have Inuktitut music playing constantly in the background. People learn from this and connect to it and they play it on their phones.

The internet has a lot of power to it. CBC has livestream availability so on Wednesdays, the organization streams CBC North from the community.

There are little things that add to the quality of language. It is as simple as connecting your computer to the television. There are a lot of resources online.  The organization has a lot of resources and non-Inuit people who foster Inuit children sometimes request this.

The plan is to have a language class. A proposal has been written to offer Inuktitut classes. The hope is to send someone to Iqaluit to do 4-month intensive training in languages. This individual will come back and will start a day program for kids with absolutely no English.

The biggest goal with Tunngasugit is to bring Inuktitut to make it so it is accessible. It is to have regular classes and to have something for children.

The biggest problem is getting to the organization. Bus tickets are a way to get to the resource centre. The thought is that we can partner up with safe rides or try to get rides for people to come out.

The gap is no funds for travel.

They have two people who work in the organization.

To bridge gaps, need support from schools and daycares from Nunavut because they already have items in place. This will help the organization.

We have built relationships up North with different connections. The is connection will provide use with resources. The plan is to create our own resources. We have bunch of ideas from before such as creating alphabet blocks in syllabics, making stuff to trace Inuktitut names, creating stories and putting them in books. During the quiet days, the plan is to create while not busy.

There is a huge need for mental health for Inuit, been talking a lot about partnering with psychologist. They are looking at people to connect with to open a mental health facility for Inuit. Working with Inuit Elders and Counsellors. Planning stages- early.

To get people to the resource centre, offer traditional foods. They will get them come out together.

Tunngasugit is working towards goals and it is a slow process. There are only so much funds to cover items and drop ins, so it is taking longer.

The goal is once the class is set, it will be mandatory for Inuit to come take language classes. There are non-Inuit who want to go up 6 months at a time to learn. The organization would like for it to be mandatory for CFS and others who have Inuit children in care, to make foster parents to bring their children to the centre so that they have a strong sense of identity.

The plan is to develop curriculum for kids to come and learn Inuktitut. Sometimes we watch videos from the North- Anaana’s tent. We stream it when we have a bunch of kids during drops ins. There are a lot of online resources online as well.

When you think of French, we can learn from classes if someone wants. Learning the Inuktitut language in the city is the plan. It would be nice to offer some kind of incentive but still need to figure details out.